In previous years we have been part of a group who go away on the Queens Birthday weekend and get together for a “Mulled on the Mountain” trip. This trip usually coincides with the colder months and is a chance to stoke up the fire, eat good hearty food and drink a glass or two, usually more, of mulled wine.

It’s been a couple of years since we’ve done this trip so we decided to go out this last weekend to scout out some spots to hold the event.

We have been looking at Mount Franklin, just out of Daylesford, as the venue so we based ourselves here for a night. It’s such a nice spot and our girls, who originally didn’t want to go bush camping had a ball. They played non stop and made some great friends. One dad had bought along a tyre swing which he hung out of a tree and let all the kids use. It was such a great idea and I am going to do a similar thing in the future.

I’ve been to Mount Franklin many times over the years but never to stay overnight. It was a great group of people and at night was very quiet. It surprised me just how quiet considering you camp inside the crater and the acoustics mean that you can here any noise from other campers. We stoked up a nice fire and cooked a chicken on the spit and roasted marshmallows after dinner. The girls and I also made a batch of damper and baked it in the camp oven. 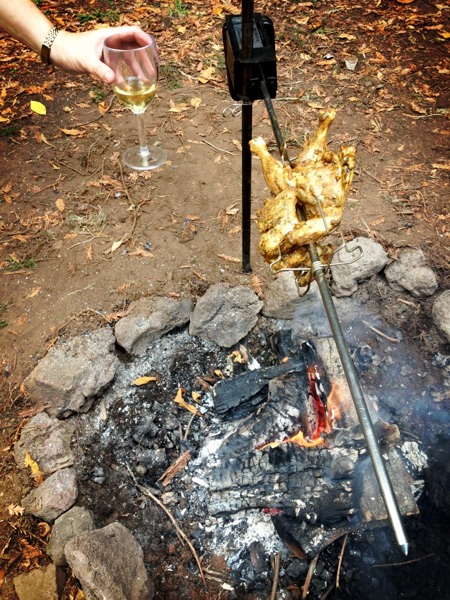 Even though we had such a relaxing time, we decided to check out two other locations the next morning on our way home. One ended up being too small and risking taking a large group wasn’t an option.

The second spot though was perfect. It’s a huge area and very flat. It is well maintained and fire pits are built into the ground with a large gravel circle around the pit to accommodate camp chairs. We’ve found out spot for the next “mulled on the mountain”. 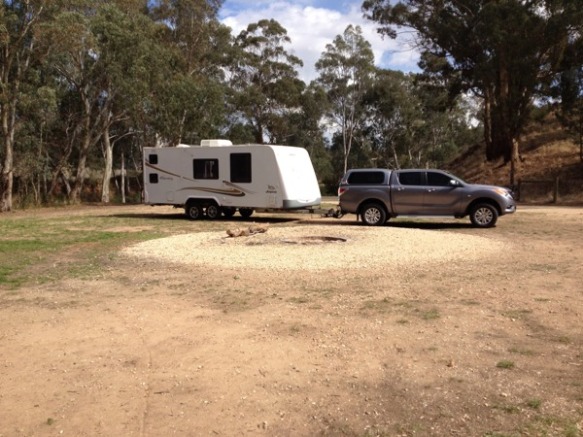 So if you’ve been to a “mulled on the mountain” before look out for your invite because you won’t want to miss out.